Why Do Cones Respond Faster Than Rods in the Retina?

If you are familiar with the retina, you would likely know that the matrix of the retina is constructed of cells called cones and rods which interpret different wavelengths of light and allow our brains to create an image of what the world around us looks like. These cones and rods both look different and have different functions from one another.

Rods are cells in the eye that are specific to picking up photons, similar to cones. However, rods allow the eye to see movement in grayscale. Rods do not have the ability to interpret color, but they work well in low light situations as they are incredibly sensitive to photons. 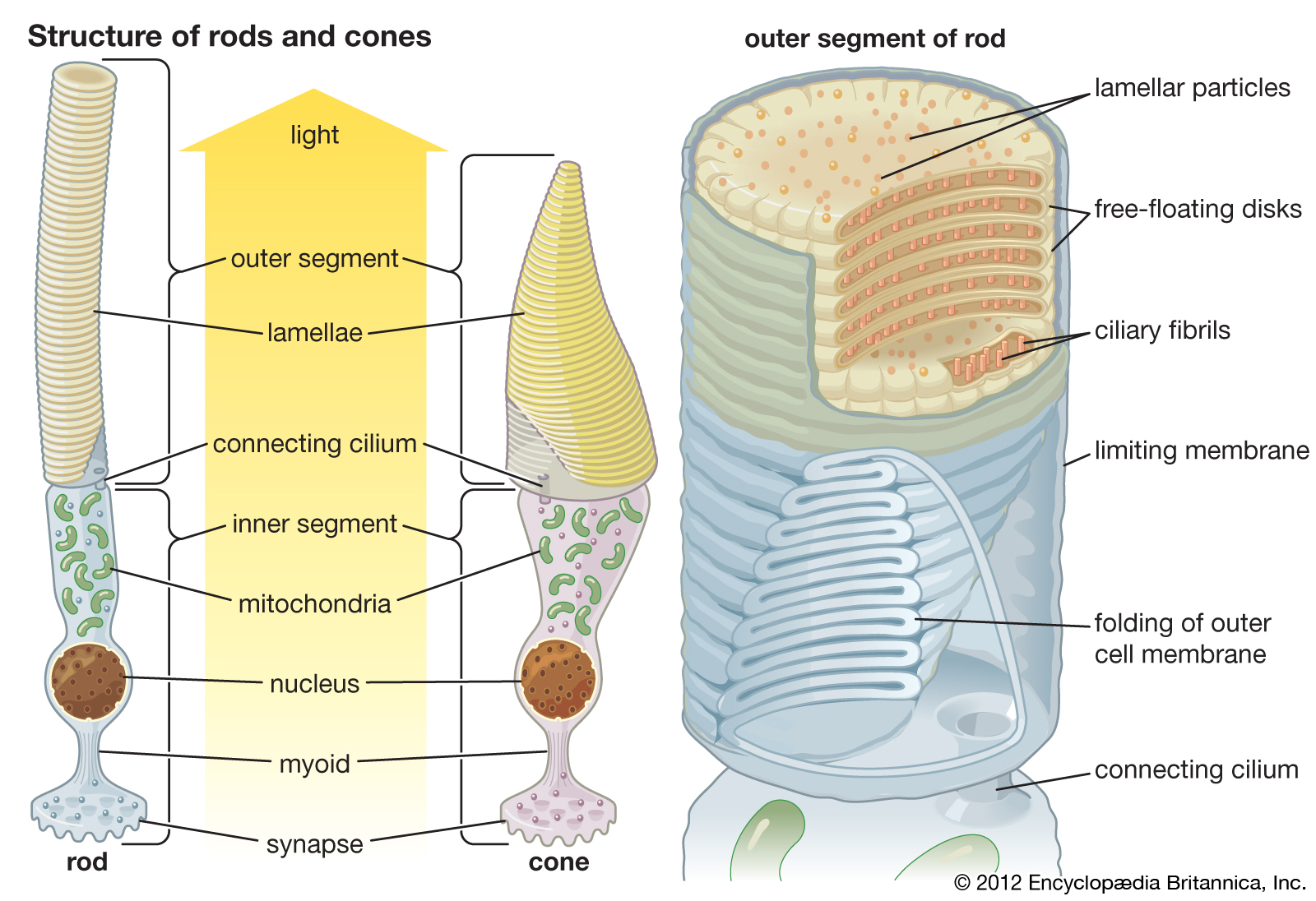 There are many theories on why this might be true, mostly revolving around the differences in calcium ion homeostasis outside the cones versus rods and to the cascade enzymes being inactivated by calcium ions in these cells. These theories have all been studied and supported by evidence in the neuroscience research community as contributing reasons to the difference in response times between rod and cone cells.

However, a study from May 2005 in The Journal of Neuroscience titled "Kinetics of Exocytosis is Faster in Cones Than in Rods" presented another theory to help explain the difference: that a small part of the difference in speed from the cones to the rods has to do with the kinetics of the exocytosis of the chemical signaling from the rods and cones to their corresponding cells which bring information to the brain, and of the exocytosis of all other cells in their corresponding pathways to the brain. The cones and their network of cells, presumably, have a faster rate of exocytosis than the rods do. 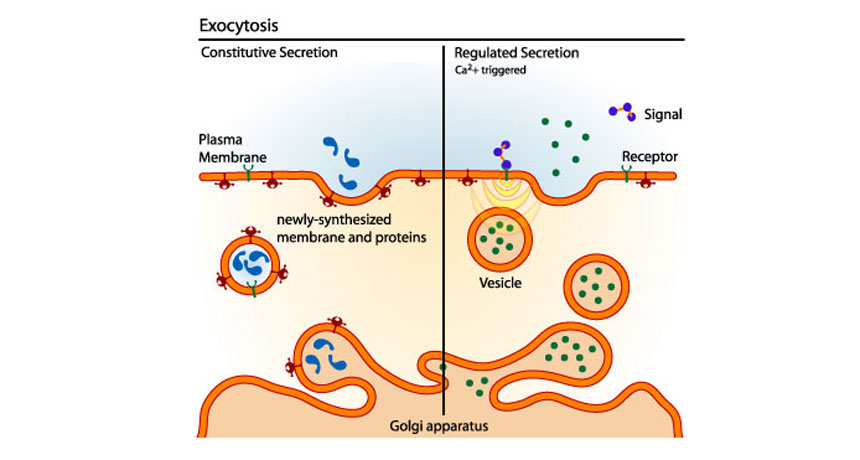 What is exocytosis? It is the output of signaling molecules from one cell to the next. It facilitates cell to cell communication, as the next cell in the line will be depolarized (or activated, in less scientific terms), which will cause it to begin exocytosis, or releasing signaling molecules to the next cell. This process happens again and again until the information has been sent from point A to point B. In this case, point A is the cone or rod cell which is depolarized by the photon it receives and point B is the occipital lobe in the brain, which interprets the information.

So, what makes the kinetics of cones during exocytosis move up to 10 times faster than rods? That is still in question. However, with the research that this group did, they were able to list some discoveries to narrow down the research field. They suggested that the faster release kinetics of cones is unlikely to do with the differences in the membrane properties. The slower release time is likely not a result of rod to rod coupling in the retina. They lastly suggested the calcium ion inactivation was not reflected by the transient EPSC measurements in both rods and cones, so calcium ion inactivation is likely not the most important factor in the kinetic differences. Some potential areas of research for the future on kinetic differences between cones and rods include the differences in properties of the exocytotic proteins, the distance between calcium channel and release sites for diffusion, and what happens with intracellular calcium in rod and cone terminals.

This is interesting.  I know that lab but I don't remember that paper at all.  :)  I like the image and the description of exocytosis/synaptic transmission especially.

I think I would just start off with information, instead of the "if you are familiar with the retina".  Or maybe you could do a "have you ever wondered ..."

Can you rephrase "specific to picking up photons"? May need to explain what photons are too.

Can you simplify " in calcium ion homeostasis outside the cones versus rods and to the cascade enzymes being inactivated by calcium ions in these cells."

I liked your images and explanations overall!