Braille is the raised dot system of writing and reading, which was invented by Louis Braille. He made the system to make it easier to print and use materials for people with severely impaired vision. It is now common for people who are blind or have severe vision to learn how to read the writing system.

Braille is not another language. It is used as a tool to communicate languages such as English, French, and others. Different accents, function words, and letter combinations can be represented by different dot patterns, such as umlauts (the two dots above certain vowels) in German. An example of the English alphabet in braille is shown in the image below. The bolded dots represent the dots that would be raised when printed. 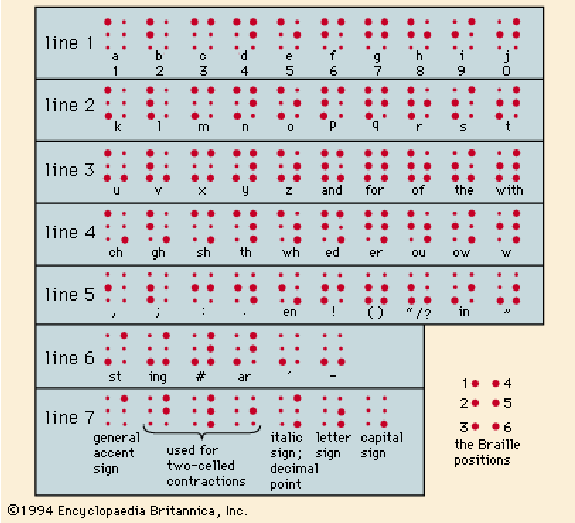 Braille is an important tool in maintaining the safety of people who are visually impaired. Printing braille onto different household items like bleach could prevent it from getting mixed up for something else. Additionally, spreading awareness and openness to this system may reduce the stigma that steers some away from learning it; people who lose their vision later in life have actually been less likely to learn braille.

There is also an alternative system to braille that is called Moon. Moon uses shapes rather than dots and is thought to be easier to learn. This system may be useful for those who lose their vision later on as well as people who may have learning difficulties. The English alphabet written in Moon is shown below. 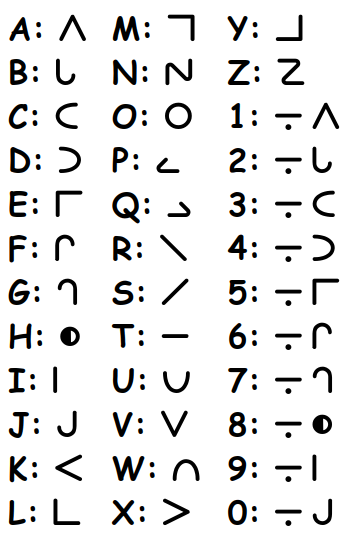